Agra - The City of Eternal Love

Undoubtedly, Agra has always been the centre of attraction for tourists. Its Majesty is illustrated by Taj Mahal, which is not just prominent in India but it is a world-renowned monument. Its magical allure draws tourists to Agra like bees to the flower. However, Taj Mahal is not only the major temptations of tourists, but there are also magnificent architectures in Agra majorly tombs and forts that fascinate tourists. The city Agra is situated on the bank of the river Yamuna that glorifies the beauty. The main train and bus stations are a few kilometres southwest. 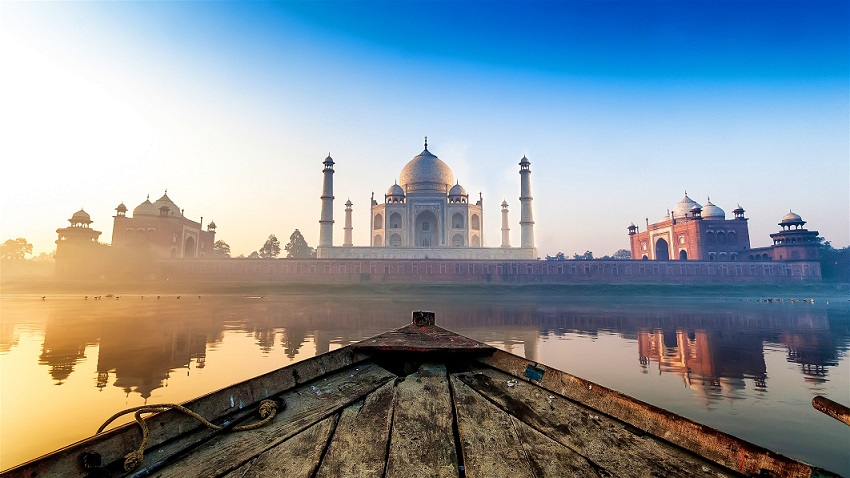 • Taj Mahal Undoubtedly, tourists from all over the world fascinated by the charm of Taj Mahal. It is the “embodiment of all things pure”. The Taj was built by Shah Jahan as a memorial for his wife, Mumtaj Mahal who did after giving birth to her child in 1631. Taj Mahal is emblematic of the emperor’s deep love for his wife and the grief he experienced at her passing. A landmark monument, and a UNESCO world heritage site is the emperor’s most admired monument. The tourists can take a relaxed stroll in the garden and gaze the beauty of this place. Taj Mahal is closed every Friday to anyone not attending prayers at mosque. TaxiBazaar will offer all help that tourists need and providing exquisite Taxis to travel. Opening and closing time: 6 am to 6:30 pm (except Friday) • Agra Fort Mostly Taj Mahal overshadows the finest Mughal forts, stretch over sprawling 94 Acres, this massive red sandstone fort lies parallel to Yamuna river and is situated 2 kilometres northwest of the Taj Mahal. Agra Fort is recognized for its majestic gates with the most impressive gates are Delhi Gates and Lahore Gates. Another spectacular gate is the Elephant Gate, which is situated between two red sandstone towers. Opening and closing time: Sunrise to sunset(daily) • Itimad-ud-Daulah ( Baby Taj) It is often regarded as the Baby Taj as it simply replicates the Taj Mahal. It was built by Emperor Jahangir who bestowed the title of Itimad-ud-Daulah to his son-in-law Mirza Ghiyas Beg. It is notable for its magnificent architecture made up of marble which was the first Mughal buildings in Agra. Elegant Persian motifs such as wine vases, flowers, trees adorn the monument and enhance its charm. Opening and closing time: Sunrise to sunset (daily) • Jahangir Mahal Jahangir Mahal was basically used as zenana by Rajput wives of Akbar. It is an extraordinary building of Agra Fort. The courtyard halls are adorned with Gujurat-Rajasthan-Malwa architecture styles. Opening and closing time: 6 am to 5:30 pm (daily) • Khas Mahal Goldwork, mural paintings and floral designs festoon the walls of Khas Mahal. Saunter around the walls of Khas Mahal and soothe your eyes with tanks, fountains, marble, domes, open courtyard, and a large central hall. Mughal extensive colours of that time: Gold and blue are specifically used in the monument. Build by Shah Jahan for his daughters Roshanara and Jahanara. Opening and closing time: 6 am to 5:30 pm(daily)

• Moti Masjid Built by Shah Jahan and is famous for its brilliant shine like a pearl. It’s the amalgamation of Hindu and Muslim styles of architecture. Opening and closing time: Sunrise to Sunset(Daily) • Jama Masjid The grand and the the the largest mosque of Agra. Commissioned by Shah Jahan in 1648. It is made of marble and red sandstone adorned with floral paintings with Persian inscriptions. These inscriptions are in praise of Shah Jahan’s favourite daughter Jahanara Begum. Opening and closing time: 5 am to 9 pm (daily)

Parks/gardens and culture for kids

• Mehtab Bagh Build by Babur in the east coast of Yamuna river. Of is regarded as the best place to view Taj Mahal. Mehtab Bagh also joins two other gardens to the west known as Chahar Bagh Pardshshi and Second Chahar Bagh Padshahi. It contains a pond which reflects the image of Taj Mahal surrounded by many fruits, breezy canopies, shady leaves and fountains. Opening and closing time: Sunrise to sunset(daily) • Taj Mahotsav A 10-day festival is organised annually in Agra. It is the majestic cultural event with a different theme with a message to the world. It is enriched with major arts, crafts and culture of India. It showcases different arts that including bamboo work from Northeast, stone carving from Tamil Nadu, wood carvings from Saharanpur, chikankari from Lucknow and pottery from Khurja. It is also the perfect opportunity to taste a different taste. • Taj Museum Within the Taj Complex, on the western side of the gardens, there is an excellent museum situated called Taj Museum which is the house of a number of original Mughal miniature paintings. You will also find some preserved gold and silver coins from the Mughal Era. So now, Plan your trip to Agra with TaxiBazaar. Don’t wait, Rush and make your vacations extraordinary with no extra costs. Just access to TaxiBazaar, use this information and hire Taxis. Rest leave on us.