Mysore officially Mysuru, is the third-largest city in Karnataka, located at the right at the foot of Chamundi hills. It was once the capital of the Kingdom of Mysore. The rich cultural environment of Mysore has earned it from the moniker of the Cultural Capital of Karnataka. It is most famous for the Navarathri celebrated. The festivities last for 10 days and the whole city is decked up in beautiful lights. On the last day known as Vijayadashami, Mysuru Dasara is celebrated with great pomp and show, and people from every corner of the globe visit this city during the festival. There are around 200 buildings identified as heritage buildings of Mysore. It is popularly known as the 'City of Palaces', and there are seven magnificent awe-inspiring palaces. Of them, Mysore Palace is located at the heart of the city and is the most prominent tourist destination. The soothing and enchanting flora and fauna of the place is also an addition to the beauty and tourism of the city. The backwaters, lakes, and other waterfalls in and around Mysore also make it a preferred visiting place. 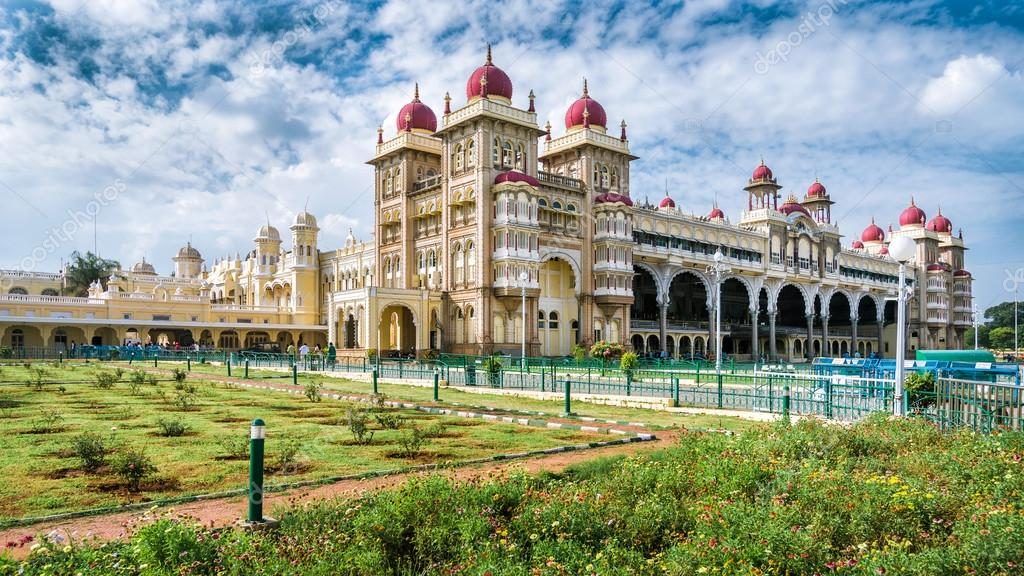