Pune - Oxford of the East

Pune, popularly known as the "Oxford of the East" warmly welcomes you to the pumping hearts full of youth. It was formerly called Poona, and it was remarkably related with the India’s independence struggle. It is considered to be the eighth-most populous city in India and the second-largest city in Maharashtra. Pune is referred to as one of the major "IT Capital of India" and and "Automobile hub of India". There is the magic that enthralls every individual about travelling, exploring new things, and visiting new places that inspire you. Human life is just like a journey. From the birth to the end is a cycle that continues and on this ongoing lifecycle, we experience so much that it teaches us so many chapters of life just like travelling let us explore and teaches to live every moment. Travel can teach you to make you how to adjust, how to survive, and how to deal with life. We meet so many new people and build numerous memories and get many life-changing experiences. So, thinking of what Pune has to offer us more, then know that it has historical museums, ancient wonders, hill forts, marvellous restaurants, residential/pensioners havens, and much more which provides panoramic views. Also, it is mainly a university town. It is an educational hub that provides from engineering to fine arts to educational systems to IT Parks. The journey changes you, it leaves a mark on your memory and your heart. Let’s take a glimpse of the city and then, get ready to pack your bags. 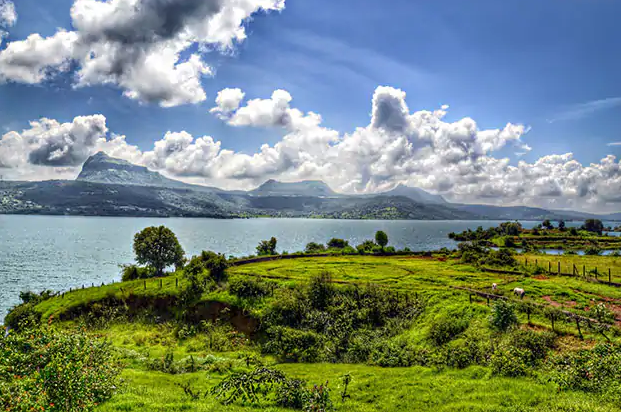 How to Reach You can reach Pune by taking direct flights that reach in Pune Airport itself. Also, you can take trains or buses which have well-connected roads to the city. If you are ready for a self-drive journey, then you can also visit with a car. Tourist attractions Aga Khan Palace It is a magnificent building built by Sultan Mohammad Shah Aga Khan in the 1800s. It is regarded as one of the largest landmarks in Indian history. It is the best place for history lovers. Freedom fighters like Mahatma Gandhi have served in the prison of this palace. Shaniwar Wada It is considered to be the heart of Pune. It is a place for historical importance for Peshwa rulers of the Maratha Empire. Sinhagad Fort It is located on the Bhuleshwar Range of the Sahyadri Mountains and is the ideal place for trekking. Also, the history lovers would be awestruck with the extravagant Maratha architecture and the scenic beauty of the Sahyadris. Chaturshringi Temple It is a Hindu temple that is 90 feet high and 125 feet wide with shrines of the Goddess Chaturshringi and it also has shrines of Lord Ganesha and Goddess Durga as well. According to the sources, climbing 100 steps and reaching there would be considered as a symbol of faith and power. Pataleshwar It is an 8th-century rock-cut temple constructed during the Rashtrakuta dynasty devoted to Lord Shiva. It is now a government-protected monument. Dagadu Seth Halwai Ganpati It is the most popular temple in Pune, Dagadu Seth Halwai Ganpati is famous all over the world, with great interior design. Pune is very famous for the Ganesh festival. Food The most famous is the Vada Pav, Misal Pav, Thalipeeth/ Dhapata, Maas Wadi, Kothimbir Wadi, Puran Poli, Pithla Bhakar, Bakarwadi, Kanda Poha, Sabudana Wada, Mastani, Bharli Vangi, Ukadiche Modak, Sabudana Khichadi, and Matki bhel. Handicrafts As you are visiting the most naturalistic place, you must take some souvenir along with you to gift your loved ones so you must the indigenous beautiful baskets which is known as 'Meghum Khoks', Open Weave Carrying Basket, Closed Weave Carrying Basket, Small Storage Baskets, Coiled Cane Containers, Large Storage Baskets, Rain Shield and Headgears, Winnowing Trays & Fans, Mud Shovels, Shield made of bamboo plints, Khasi Bamboo Comb and Khasi Bamboo Pipes. Festivals Pune Festival This is a festival which is 10 days long and celebrates local traditions, arts, dance, and culture. The Wassup Flea Popularly known as "Pune’s finest flea market event". It conducts 150+ stalls, dance workshops, live band performances, and a kid’s zone. Pune Biennale It is a famous art festival and artists come up with their works to display and project from around India and outside. Pune International Film Festival This is a yearly festival demonstrating film screenings and hosting actors and directors. Osho Festival In this festival, people practice yoga, tantra, breathwork classes, and also other famous Osho meditations. The Eateries Food Fest In this food fest, over 30 food stalls and 5 food trucks are hosted and also, there are several live band performances taking place in it. Pune Comic Con It is a 2-days international convention and hosts 25 unique exhibitors and every year, it attracts almost 5000 visitors. It mainly has books on comics and pop culture. Vh1 Supersonic It is an annual EDM festival that is hosted for 3 days and famous DJs and performers like Major Lazor, Alt-J, Sean Paul, and Incubus had come up to perform for the fest. Urban Dance Week It is a 5-day first studio-style, club-style, and street dance workshop in India. The PetYo Festival This fest is ideal for animal lovers. It organizes a Food Court for Pets and provides an unlimited buffet for human companions along with offering free pet check-ups, a pet adoption counter, different games, and competitions. Native Language The main language of Pune is Marathi. The other languages which are spoken is Hindi and English.